Monster’s Inc. Reality Check: Can We Harness Screams for Electricity? 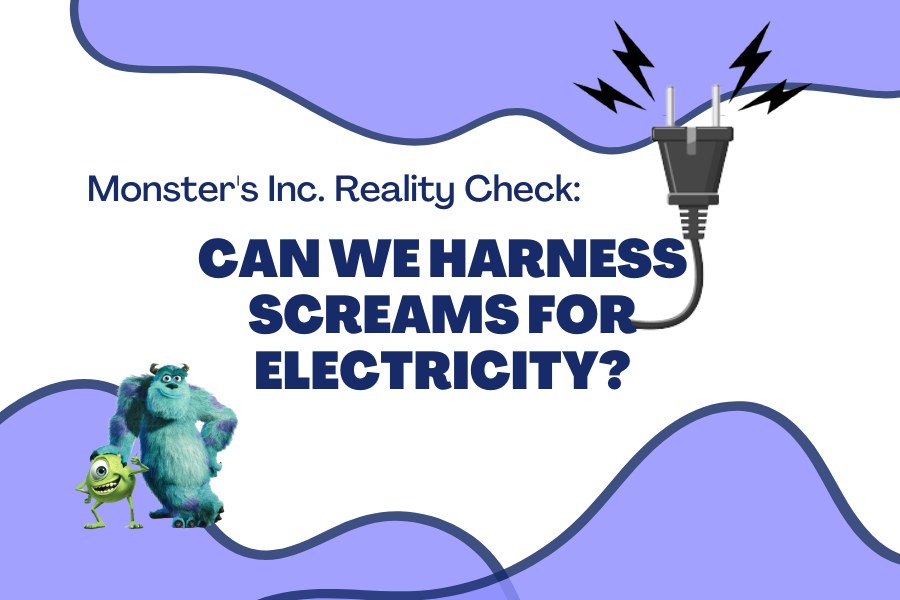 Monsters Inc. is a popular children’s film centered in Monstropolis, a city in a world of monsters, where all electricity is powered by energy from the screams of human children. The movie’s main characters, Mike Wazowski and Sully, are workers at the Monsters Inc. Company, where they access the human world through special doors to scare children and collect their screams for energy. Despite the movie’s fantasy elements, the ability to generate electricity from sound may not be an entirely fictional possibility for us in the near future.

While studies from MIT have shown that sound does contain some energy, it wouldn’t nearly be enough to collect, let alone use. Sound itself is the movement of energy through a medium such as air or water. While moving through such substances, sound waves vibrate, which is perceived as noise by our ears. Although the human ear may perceive certain sounds as clanging cacophony — the roar of a motor engine or the screams of a crowded concert — these sounds only translate to about a hundredth of a watt per square meter. For comparison, sunlight hitting a given spot on the earth is about 680 watts per meter squared, making it far more efficient to collect solar energy rather than sound energy.

So.. Is Sound Energy Useless?

Despite the minuscule energy sound contains, it is not to say that there is no potential for converting noise into electricity. Researchers are examining how to convert sound vibrations rather than audible sound into energy. Motor engines and crowded concerts are not only loud, but their surroundings rattle and vibrate, making it possible to absorb that movement and glean usable energy. A new alternative, clean energy source can be generated by collecting the vibrations of bustling and noisy backgrounds. Innovate, an architectural research firm, is one of the many companies utilizing these noise vibrations to their advantage. As crowds walk through the company’s malls, sports arenas, and other high-traffic areas, small hydraulic generators beneath the company’s floor tiles capture the vibrations of their steps — and generate enough electricity to power nearby phone-charging stations and illuminate electronic signage and advertising. Although vibrational energy is currently only being used for minuscule activities, such as powering charging stations or illuminating signage, further research in vibrational energy could lead to significant energy generation and conservation developments.